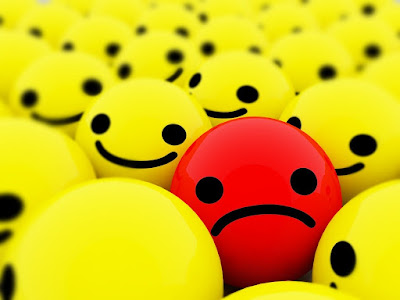 You see so many people on a daily basis as you have multiple shows in a week. I know it can be hard to do that as you girls are part of multiple sub-units at a time, which is really incredible. I became a fan of the groups back in February when I saw the video of Kamen Joshis' video for Everyday, Genkidane. As soon as I saw that video I did research on the group and discovered who the members were and so on.

I listened to you quietly and kept you on the down low for a couple of months until I felt confident enough to showcase your talents, and for that I'm sorry.

When I got the chance to visit Tokyo approximately two months ago during Golden Week, the first destination was Akihabara. I wandered outside the JR Station by the AKB and Gundam Cafe and saw the large sign displaying the group and I thought to myself that I should see the group.

I tried to read the directions on the sign and got lost multiple times. It gave me enough courage to walk in random businesses in the area to ask for directions to P.A.R.M.S Theater. After about 30 minutes to a hour, I finally found the theater in a unsuspecting location, the Pasela Entertainment Resort and Honey Toast building.

After making my way in, the show had already started, yet I had no idea how late I was (Apparently, a hour). The music was jamming and I looked around to see what was going on. I happened to walk in toward the end of the act for Prism. They were really good. I got the DVD at the end of the show to watch the beginning.

I stood in the back until I felt comfortable enough to merge into the hardcore otakus. When I got to the front, I was astonished to see how close I was to the stage. Knowing very little Japanese, I decided not to mingle with the other fans.

There was a talk in between each group, which was very interesting for a American like me, I stood or sat there and admired what they were saying without truly knowing. The first talk I saw was with Tachibana Anna, Nodoka Sakura, and Mori Kanon.

I became a real big fan of Anna when I first started listening to the group. So, seeing her made my heart doki-doki (No Joke Lol).

After the talk, the Armor Girls came out and performed and was really amazing, as well as the Steam Girls and Alice Juban, whose captain is Anna-chan.

After the concert, you can meet your favorite members and talk to them or pay 2000 yen ($20USD) to get a 2-shot with your oshi as well.

I was super undecided when it came to that time,

Who do I want to meet?

Will she be as kind as I hope she will?

What will I say?

During the Armor Girls concert, I noticed a member that made me smile each time I saw her. Her name is Momose Hitome. I was extremely captivated by her and I thought she was ultra pretty ( I still do, by the way).

I had to make a decision!

Back and forth the thought went.

After consideration I chose Anna-chan. I went up to the stage to meet her and I couldn't help but have a cheeky grin on my face for the 2-shot. Hahaha.

I left the building a short while later with the best feeling in the world. I met some great people. Got to meet my favorite member and felt really confident in myself.

You do a really good job there and I hope you continue to do so forever.

To Alice-Project Fans:
You were the best fans I got to meet the entire trip. You were so welcoming and kind to a foreigner like myself. I truly appreciate you involving me in the crowd chants and helping me larn the laws of the land when it came to A.P. otaku,

To Alice Project members:
You go out there and do your best, no matter the circumstances. You are still completely underrated but I have faith that you will continue to be strong and conquer the world. Ganbatte!

Now time for the regret and apology portion of this letter,

To Momose Hitome:
As you may have read earlier, I was purely amazed. This is going to sound sad, but I regret not meeting you when I had the chance. I was super nervous to make the decision to meet you. I thought I didn't have the nerve to talk to you. For that, may I say that I am really sorry. After that day, you became a tie for my kami-oshi of the group. I really hope you go forward with amazing power and never look back. Sometimes you may feel like crud, which I hope you don't but remember what brought you there and do not forget the good times. I honestly hope to meet you next year when I return.

and as always,  Please Wherever You Are Or Whatever You Do, Enjoy Life To Its Fullest And Have A Fantastic Day!