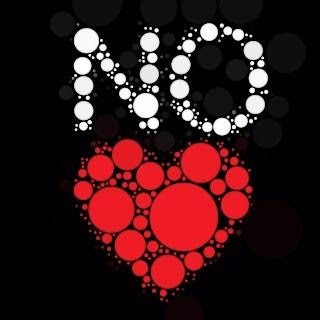 As you can see by the title, I am going to talk about that lovely topic that has most idols fans either going crazy or just not giving a darn.

I fall into both categories in some cases,

To the readers who have no idea what the "Love Ban" is, The love ban is a rule or guideline set forth by major idol companies such as the 48 Group or Hello Project and even some minor agencies that prevent their talent from dating or falling in love with anyone.

Now, there are ways certain idols have "tried" to get around this rule to no avail. I will talk about this later on and will share my opinion on those matters.

The reason why I am discussing this is because it has been on my mind since I became a idol fan.

That is a bunch of crap, is what I still think.

For most fans, they follow their oshi through thick and thin. They cheer them on fully and attend their handshake events every chance they get (unlike myself, because I live abroad).

But when their favorite member gets involved in a so-called "scandal," they sometimes might become depressed or even oshihen to another girl because they don't want someone who happened to have a little "fun."

I have looked into this and discovered some points in which I find this issue wrong.

First of all, when they graduate or decide to leave their respective group, they have no experience when it comes to dating.


The MC of the show, Goto Terumoto, asks: “AKB48 is forbidden from having relationships. You’ve graduated. How’s your love life been?”  Kasai replied, “Having a relationship is no longer forbidden, but I really haven’t done anything….”.
Continuing on, she says, “I was so busy when I was in AKB48.  So, I never went through the process of dating, and don’t understand it.  How to go out with someone, what it means to be with someone… it seems I really don’t understand it.”  While she talks about this seriously, the show’s other guest commentator SHELLY couldn’t stop laughing, and starts covering her face.
Watanabe followed afterward with, “Even more than us, it seems the audience can’t hold their laughter”, wherein many of the audience’s female members start clapping and laughing.  While Kasai hadn’t completely understood the situation, the MC Goto chimes in, “Everybody is thinking, ‘Yeah right, that can’t be true!'”, and continues to ask Kasai, “Don’t people just confess to you?”.  Kasai answers, “No, nobody has ever confessed to me!”
They have been under this rule for so long that some of them who have been involved from 15 years old until their mid-late 20s have no idea what it is like to have a conversation with a man (or woman in some cases) that is either not a fan or a member of the staff.

Also, the fact that they can not have a boyfriend before they even audition for a certain group really blows my mind,

As a idol fan, you understand sometimes why they decide to go out and have a good time even though it may risk popularity and such.

But there has been one case in particular of me having a hard time dealing with a scandalous situation involving a idol member.

When I first started listening to idol groups, in particular Nogizaka46, a member named Matsumura Sayuri got involved in such a ordeal.

I read the headlines and saw the photos and comments from other people around me and I couldn't believe it.

I was in complete shock.

It actually took a toll on me while I was working that day because it was stuck in my head.

I thought about it and I got over it eventually but I didn't know what repercussions were to have happen.

I waited for a official announcement from herself and she talked on Nogi-radio about it whilst struggling to get it out.

I felt bad and I forgave her and I have been a fan since.

Some other notable scandals have occurred in the AKB scene, such as Sashihara Rino and her being shipped to Hakata to be their leader.  Good move on Aki-Ps' part.

Another memorable one is the Minegishi Minami scandal in which she decided to shave her head in order to make up for the situation. She lost fans but she has since regrown her hair and is back to the same woman before it all happened.

As for minor idol groups, I know of only one involving Aoyama Saint Hachamecha High School.

The girl had a boyfriend whilst being involved with the group and that member was forced to resign and her and her boyfriend had to pay damages.


Now I am going to make a case for the idol agencies:

They would rather not have their talent involved in any sort of relationship because it may distract them from their jobs as a idol.

Agencies would like to have their girls look approachable and be of a clean slate in order to appeal to their fans and have them show up to the handshake events.


As you can tell, I have thought about it a whole heck of a lot. I honestly hope you do not find this offensive by any means,

If I did offend you, I'm sorry.

Now those are my opinions and everyone is entitled to their own.

*And as always, Have A Great Day No Matter Where You Are.