I am once again going to go on a strange path with this post. So just stick with me. Please?

As you have seen in my post regarding my "obsession" with AKB48, I listed all of my favorite members at the time and at the bottom under the SKE section, I listed my "kami-oshi" as Matsui Rena.

Now, I had really liked Rena-chan for about a year at that point (no creepiness intended). She is the young woman that got me into Nogizaka46 and also into SKE48. I watched countless variety shows involving her and she made me smile.

That day came on June 10th, 2015. It started as any normal day like an idol fan like myself.

When I checked Twitter that afternoon, something felt "off" about it. I scrolled through my timeline to discover tweets stating that Rena will make a announcement on ANN (All Night Nippon).

I started to worry about it since she was my oshimen.

When I got to work later that day, I had a strange sad/mad sensation to the point that it bothered me.

Thoughts started to come to mind about what the announcement could pertain to.

I was hoping for it to not be graduation and was telling myself that it would be fine.

Those thoughts were very distracting to me at work.

I didn't see any news before I went to bed that night.

Waking up the next morning and reading what she said and the photos after the radio broadcast brought tears to my eyes.

I was in shock and denial.

She said that her graduation concert would be in late August.

To this day, I have yet to watch that concert.

At that point, I had to choose a new member to fully support.

My three choices at that time were: Ichikawa Miori, aka Lemon, Mayu Watanabe and Okada Nana.

I got offers to join Team Mayuyu but none to join any other teams.

Deciding on who to pick was a battle to behold. I weighed the pros and cons of each member. 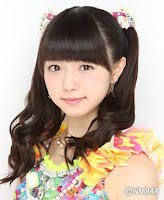 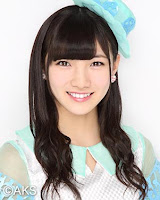 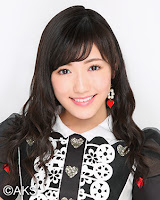 Mayu Watanabe - Pro: Popular and has been center before ; Con: Way too popular for me


After days of deliberation (some take months) the decision was made to oshihen to Okada Nana.

Naachan was in a virtual tie with Mayu before the decision. I took Miorin off the list after a day. Sorry Lemon, I still like you though,

I didn't choose Mayu because of her popularity. I did not want to join forces with the throngs of fans she has. No offence to her fans.

I chose her for a variety of reasons.

- I can see a bigger future with her as a member of the group.

- She has a serious personality and can also be awkwardly funny during some times, which makes her even cuter.

- She is a great dancer and a superb singer.

- She also has a habit of taking naps in various places and getting caught which can lead to some hilarious photos and even revenge photos. 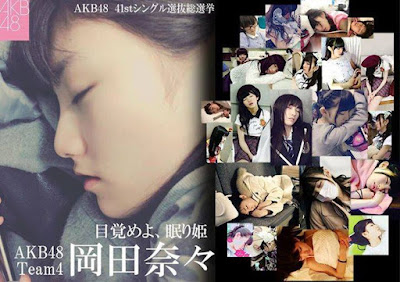 One of the major detractors of her being my oshimen was her age, At the time she was 17, turned 18 last weekend, so making a leap of faith from a 24 year old to someone seven years younger was really tough to take in.


It has been exactly six months since then. I did not mean to release it now. I thought it would have been earlier. But what a coincidence it happened to be.


Do I regret my decision?

I do not regret it one bit but I do doubt myself that I will lose faith in her. So, I need to work on that.

If you were to go to a handshake event, how many times would you visit her lane?

In all honesty, I have way too many favorite members. If I did apply and win, I would meet her at least twice. I am a very nervous person when I meet my favorite members so that first time would be like a ice breaker.

Sorry for the rambling, I just wanted to cover this topic and get it off of my chest.

If you have a story to tell about your favorite member graduating and having to oshihen, feel free to tell.

*And as always, wherever you are, Have A Great Day And Keep Loving Idols!!!