Welcome back to your now weekly dose of idol news, I decided to do two weeks this week in order to technically catch y'all up on all the recent news that you may or may not have heard.

In recent news, like really recent as of Monday, January 21st, District Judge Katsuya Hara dismissed a court case involving a idol management company who sued one of their former talent for having a relationship while being in the idol group.

A little backstory on this: In about 2012, this young woman around the age of my guess 20-21 entered into a contract with the manager that stated that if they had a relationship with a fan while being in the group, they would be sued for damages.

In my opinion, I would have agreed and stayed away from relationships.

The following year in December 2013, this idol, who has yet to be named, started to have a relationship with a male fan.

Almost, six months later she decided to leave the group and didn't appear in anymore concerts that were scheduled for her to perform in.

Well this company (yet to be determined) decided to sue her for 9.9 million yen, which in the states that would be $82,500 for a breach of contract basically.

Anyways, the reason for dismissal was nothing short of amazing.

District Judge Hara acknowledged the reason behind the lawsuit stating that fans desire integrity in idols and prohibiting romantic relationships has a certain amount of rationality.

Even though he issued that statement, he also said that "The enrichment of one's life that comes from association with the opposite sex is covered under the right of self-determination and it is part of the pursuit of happiness. Even taken into the account the unique circumstances of being an idol, prohibiting such associations  is going too far."

Now if she would have had malicious intent in the whole circumstance, that would have been a different story is what was also said.

My reaction to this goes as follows: I am glad she was able to escape this lawsuit because I have written a article about this topic. For us fans, we would not like to see our oshis in a relationship with a man period but sometimes we would love to see them be in a loving relationship.

I was so glad to read this that I showed it to multiple friends and they were happy for her and her boyfriend but also to the fans.

I have seen comments of people wanting to go after certain idols because they are their favorite and they want to be with them.

I wander if those members would actually date fans. I really do.

We can wish, okay!

A few days ago, Ikuta Erika of Nogizaka 46 released a photo book titled "Tencho" to rave reviews from her fans. I like Ikuchan a lot but she really isn't my cup of tea. I have seen most of the pictures and they look phenomenal. 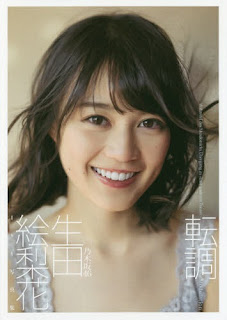 Also, in other Nogizaka 46 photo book news, Ikoma Rina, will be releasing her first photo book as well, titled "Kimi no Ashiato".  Ikoma-chan is again not one of my top members but to me she is bearable. She can be cute in some moments, like when using Akita-ben. I really hope it gets good reviews and people go out and buy it. The book releases in late February.

This was a big week for Avex in terms of multiplying and dividing.

For those of you who haven't heard, there is this group named BiSH (Brand New Idol Shit) and they have been around for a little bit.

They used to be under the name BiS but changed for a reason I can not recollect.

Anyways, BiSH has decided to join forces with avex trax to release their major debut single May 4th, 2016.

As they make this change, they will be removing the subtitle and keep the main group title.

I honestly have not listened to this group myself but I have heard great reviews of their music.

I might do a report on them in the future.

Watch this for more information about the group etc.

In other Avex news, they have a sort of separate unit, iDol Street right?

Well, three members of iDol Street will be taking a two year hiatus to study abroad in Los Angeles USA.

The announcement was made during the iDol Street Carnival 2016 on January 17th to the surprise of the fans.

The three members who will be going are: 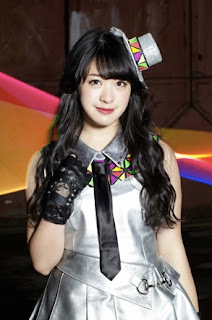 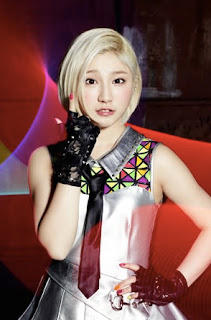 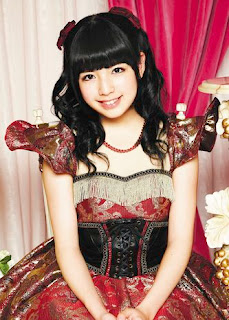 It is sad to see them go on a hiatus, especially Maaya. I honestly wish them the best in their studies here in the states and I can't wait to see them back on the stage.

The first music video and technically the only one I honestly really want to discuss is the new Deep Girl MV, titled I Kill.


I have a lot I want to say about this.

First and foremost, I really love the song. It is another song that has given me the chills by listening to it.

I really am not into idol J-Rock but this one is out of this world.

Next, is the MV itself. It is very dark to be honest.

The story of committing suicide at the beginning all the way to getting bullied by her "classmates."

The tactics they used were rough. Dumping water on her in the bathroom stall to a swirly, beating her up outside of the school, plus trash talking and calling names.

The way she harms herself due to being bullied is so heart breaking from wrist cutting to becoming a lady of the night.

I do like at the end, how it all reverses to the jump point. Is it really worth the risk. Can you stand up for yourself?

Also, I really liked the lyrics on the screen and the vocals were amazing.

I have watched this MV countless times to just tune into the tone of it and get involved in the whole scenario surrounding it.

Take it as you may.

I will be looking out for this group more in the future as I hope you do.

There most definitely will be a article about this group.

On a brighter note, my girls at Juice=Juice released a new music video as well.

As I have stated before, they are my top Hello Project group.

The outfits look great as each of them has their usual flair.

You have the trumpets and the sort of funky groove which mix well with the vocals of the song,

Every member looks pretty as usual.

One thing to note is that Miyamoto Karin grew out her hair a little bit, so good for her,

Also, those close up shots though plus the usual dance break.

I look forward to showing off their main track MV if they release one. (I hope they do) 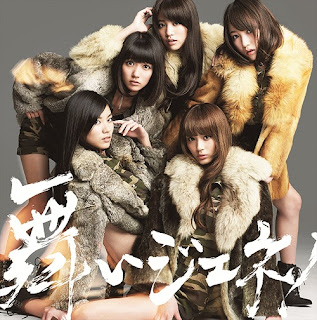 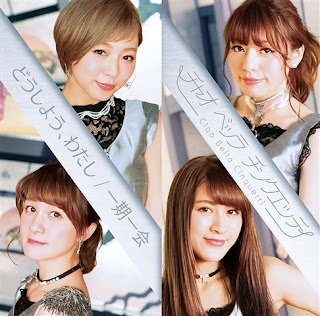 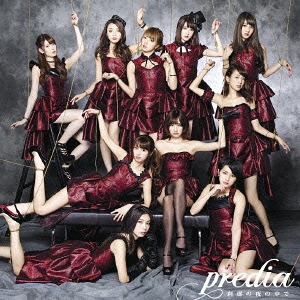 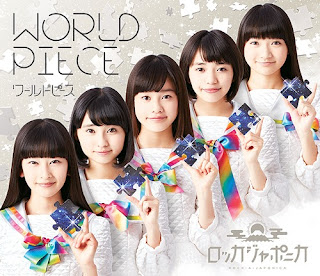 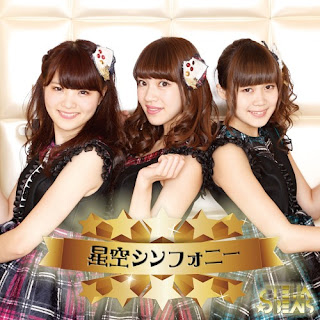 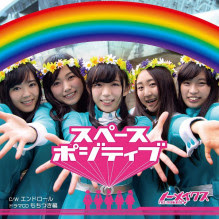 *All links will lead to CDJapan website for ordering purposes.

That is it for covering the past two weeks in news. I hope you enjoyed it and come back next time when who knows who I'll cover and what else will be waiting.

Sorry it kind of got sporadic. I apologize.

I hope you have a fantastic day!!!!