February 01, 2016
Sorry for the delay on this weeks idol news. I have been busy with work and such.

Anyways, here are a few stories and music videos. Plus latest single/album releases that you might enjoy.

Also, I found out some heart-breaking news for myself involving one of my oshi.

Included in this as well, will be some of my recent listens to underrated groups.

According to Tokyo Girl's Update, the idol group notall had a very successful journey to Thailand to perform at the Japan Expo held in Bangkok.

They got postponed last year due to the Bangkok bombings in August 2015 but they really showed out this time.

Congratulations to them on that success.

More success is in store for the girls when they will be releasing their new single titled Thanks A Million on March 8th, 2016. So be on the lookout when that comes out.

It was announced that there will be a 17 person senbatsu for their upcoming single.

17 members is quite a lot in my opinion.

The center will be Fukagawa Mai. I wrote about her in the first Weekly Recap and it will be her final single with the group.

I am happy for her and wish her the best.

I am still upset that my oshi has yet to senbatsu since their fourth single.

I rarely talk about this group. I actual haven't what so ever on here but there is a first time for everything.

Negicco will be releasing a new single on March 29th, titled Mujun Hajimemashita.

I am especially excited about this because I have been a fan of them for a while. I started listening to them about a year ago and never really said anything.

The group also will be on tour starting on February 14th in Niigata and ending on April 27th at the Nakano Sun Plaza in Tokyo.

They will be performing with the NEGiBAND, which I am also happy for.

Apparently I have not caught up on that group in a while and just yesterday I found out my oshi, Yamauchi Haruka, had graduated back in December.

I was not too pleased but I blew it off like you blew off the dust on a N64 cartridge.

So I discussed last week that Juice=Juice released a new music video and I reviewed.

Well in that time, they released the b-track video titled Next Is You.


I have no words to describe this song or video. Well I do have words for it but they may be not what you want to hear.

Now admittedly, the girls look great and have great vocals but the song itself, is kind of meh.

It might grow on me but for now that is my opinion.

Another music video was released lately that includes one of my top favorite artists, I Ris.

This music video is from their 11th (No Joke) single titled Goin' On. It is the opening theme for the fourth season of their anime show PriPara.

I have got to say even with the colorful outfits on, they look very pretty. With this video, they are in street clothes and they are even prettier.

The song is very nice as well.

I will most definitely be checking out their new single which releases on February 17th.

I watched this music video and it gave me the chills and goosebumps hardcore.

I love listening to this group!

The group also will be on tour in Japan from April 24th - May 21st in the following cities and the venues will all be Zepp (insert city): Fukuoka, Sapporo, Namba, Nagoya, and Tokyo.

I wish I could see them live but I do not think I could get tickets whatsoever.

You can buy these upcoming singles by clicking the link on the single/album title. 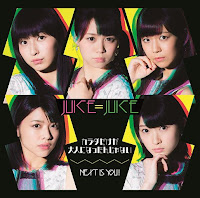 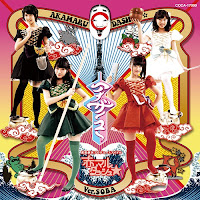 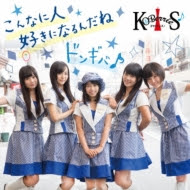 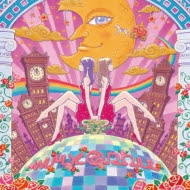 I know that this weeks news is not so spectacular but just you wait for what I have in store.

I will be creating new articles on some of the groups I have mentioned above and updating others like I did to the Aoyama Saint Hachamecha High School Article.

I know for sure there will be more articles.

Now that I have a couple days off, I can spend all my time and energy on writing for y'all.

If you have made it down this far, I hope you liked or didn't like the news but that is your opinion.

And as always, Have A Wonderful Day No Matter Where You Are!!!