Showing posts from 2014
Show all

Seishun! Tropical Maru or Kaiketsu! Tropical Maru is a not so large idol group that I had trouble finding information on, but when I did I was so relieved. This idol group was formed in 2011 under the agency Shining Will, which the idol group AeLL is under the same agency. The group started with 13 members but now only consists of seven. Sometimes they are color coded, other times they are not. My personal preference are the non-color coded times. The group has the purpose to support agriculture, forestry and fishing (but mostly fishing). Their fans are called Mariners, which now I'm apparently a Mariner. Their music is very catchy and will get stuck in your head by the way. I look forward to listening and purchasing their album and albums in the future.  The group members are: Name : Momokawa Haruka Birthdate : November 1st, 1995 Color : Orange Name : Yamaguchi Mizuki Birthdate : November 4th, 1990 Color : Yellow-Green Name : Ishioka Mai Birthdate : August 7th, 199
Post a Comment
Read more 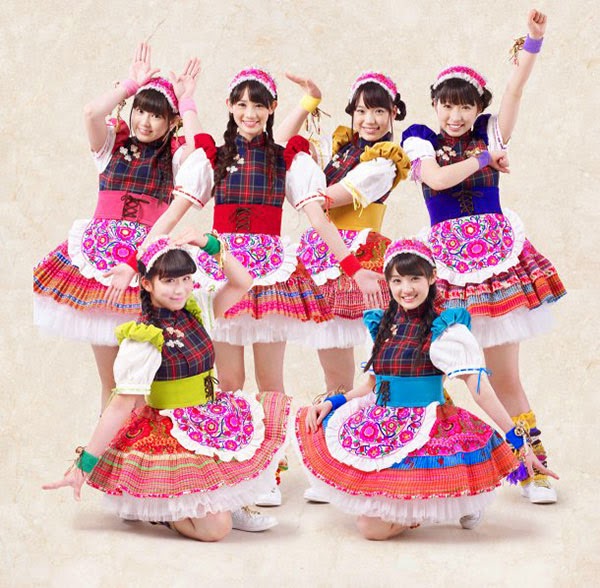 What's to not like about this group! You've got really cute girls, add in some great melodies and BAM! you've got Team Syachihoko. I first came across this group whenever I was looking at some Momoiro Clover Z songs, and became instantly a fan. As a matter of fact, Team Syachi, for short, is a sister group of Clover Z along with some other groups, but this is about Syachihoko. This group is color coded of course, which is no big deal to idol fans, even though it can be annoying. This group is from Nagoya, where they have their own show on the Nagoya PBS.  Their music is so up-tempo that it seems to hype you up after listening to them. They are a group that you can go up to someone randomly and say "Look at what I found!", and be amused. They all have talent for them in the future and I look forward to listening to them as well. I honestly hope they can come to the United States for a brief tour, Please? The members consist
Post a Comment
Read more