Showing posts from 2019
Show all

There are queens of all sorts over time. There are queens of different countries, different Western groups, and even queens in our own personal lives. These queens are of a different type, that you may not have heard (which is disappointing). These Kyueens have been in rule for three years over my idol kingdom. Join me on learning more about the Kyueens of the New Age. Will you? Group Information As I mentioned in the opening, Kyueens was started almost five years ago in December 2014.  They belong to the Universal Music Japan label and are associated with the agency, D Universe.  The group has released a total (as of 10/19) of 5 mini albums and 3 digital singles in their five year long campaign thus far.  The group currently consists of five members but some have come and go since their debut. The current roster of five have been together since 2016.  Member Information In this section I will introduce you to the members of the group and provide some t
Post a Comment
Read more 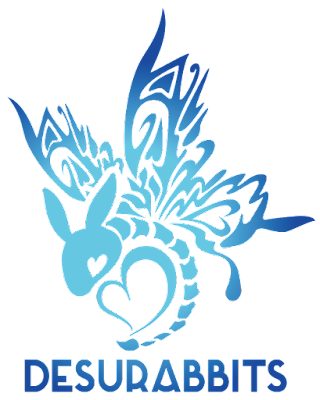 Image Courtesy: DESURABBITS Official Website This article is dedicated to one of my all-time favorite Japanese Pop groups... As you saw by the titled, the group is Desu. Rabbits or the artist formerly known as Death Rabbits. If you do not know this group by now, then you either must be living under a rock or you may not care to hear their music. Either way, you still should know about them regardless. I will provide all you readers with an introduction to the group and include their various forms of SNS they use. Later on in the article, I will showcase some of my favorite music videos of theirs. Also including in this article is how my fandom came to fruition and what this group means to me as well. So please read all the way to the bottom! Group Inroduction The group Desu Rabbits are under the label G-Records Japan. The group was formed in 2013 with members Emi, Yuzu, Karin and last but not least Bucho.  Up to this point, the group has released 10 singles and
Post a Comment
Read more

What A Trip! - My SNH48 Group Fandom / The Journey to Meet Them Part 1 - New Age Idols Recap

Recently, I went on a trip to Beijing and Shanghai to experience a few events I never will forget. Before then, will you come along with me as I detail how I got to that point, what all transpired and what the future holds for my fandom after three years... I first saw SNH48 when they released their music video for the song Uza  (which is the Chinese version of the AKB48 song) and I enjoyed it but never payed attention to the group afterwards. A little later in March 2016, I read an article about a SNH48 member, Tang Anqi. In that article, it was described that she caught on fire in a Shanghai Café and burned 80% of her body. As that initial shock passed, deep inside was dwelling a dormant fan.  The presence of that person would partially appear a few months later, but wouldn’t fully appear until a year later. In June of 2016, I read that AKB48 Group and SNH48 Group were splitting up due to issues that I really won't go into detail about because it was qu
1 comment
Read more

First and foremost, I must apologize to this group and agency for such a late write up. I have been sitting on this article for almost four years now. In that time, members have left but also some new ones have arrived. Will you kindly join me for a long overdue article about one of my favorite groups, ROSARIO + CROSS. http://rosariocross.jp/profile/ http://rosariocross.jp/ How did I find about this group? You may or may not ask yourself right now. Well let's hop into the way back machine to 2015. As you do during your days off or before and after work, you scroll through YouTube while watching other music videos from other artists. I don't remember who I was watching at that time but in my recommended section was this group that I hadn't heard of, so I gave it a listen and liked it. That song was "Short Hair" and I fell in love at that moment. After that video, I looked up the members, did some research and just relaxed while waiting for a new
Post a Comment
Location: Bethany, OK, USA
Read more
More posts