Welcome to a new series I will be starting weekly on Saturdays, obviously titled Oshi Chronicles, where I will present you with my favorite member or members of some of the groups I listen to. I hope you enjoy this series as I have been non-awkwardly admiring them.

So, with that aside, the first part is dedicated to my tied for number one spot members from the slightly newly formed sister group of Nogizaka46, Keyakizaka46.

When I first learned of the beginning of a Nogizaka46 sister group, I went sort of nuts. I mean, Aki-P keeps pumping out these groups one after another that I admire him for being a brutally smart marketing genius,

With most groups I write about, I usually pick a first impression oshi or the one that catches my eyes immediately but with this group I kind of had a difficult time trying to pick one. When the group started their variety show debut with Keyaki tte, Kakenai? I knew I had the chance to pick a member to throw all my support to.

During the first couple of episodes they showed the members doing a sort of profile video, where they showcased a talent or just talked about themselves. After those few episodes, I still hadn't picked one as I still wasn't sure who to choose.

I mean, I could have picked the whole group as my favorite right and not chosen a particular member.

At that time, the members finally made their television debut in studio and right off the bat, I locked one in. 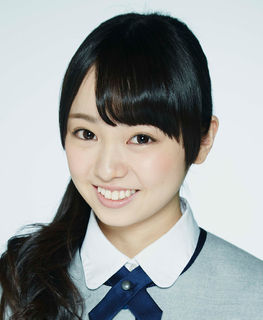 That member was none other than Imaizumi Yui.

Most people including members call her Zuumin, but I prefer Yui Yui.

She has a older brother that apparently likes to yell which led to a funny joke so far throughout her time there.

She also is not a good winker as shown in Keyabingo! extra talk, Keyaroom!


Born September 30th, 1998 in Kanagawa, as I mentioned earlier she has a older brother that likes to yell but in all reality she has four older brothers and she is the youngest in her family.

Also she can play three instruments which are the piano, flute and drums.

She also has a  amazing singing voice. Check out this video from her personal PV from Keyakizaka 46s' second single.

That beach looks great as well. I would love to walk that beach as well.

It gets better though. She was also in the idol group Smile Gakuen under the name Kashiwagi Yui with the nickname Yuiful. She was a first generation member to be exact in April 2011.

So, while doing research for this article, I stumble across on YouTube, where else, her Smile Gakuen days and may I say she is adorable then and it looks she has turned even more lovely as time has progressed.

If you can find her, you will see what I mean. Also, she did a couple of gravure shoots in those days on you can find them on the Tube as well under her Smile Gakuen name.

Now admittedly having a favorite member like her does not always end up being so fantastic. I will describe to you how.

For one, as I am on social media a majority of the time, you end up in her official blog, or lurking on Twitter and Tumblr, even Facebook where you end up saving pictures like nobody's business which takes up space on either : 1. Your Phone 2. Your Computer

Not only that but you are constantly watching variety shows or old videos like the one above to find out more.

Also, you annoy the living tar out of people by talking about her.

One other option is using magazines such as Hustle Press or BOMB. Hustle Press produces a lot of beautiful pictures so I would check them out. Yui Yui has done two photo shoots on there. I will leave some of my favorites here for you to see. These photos are from her articles that ran in June 2016.

Also, here is a off-shoot video for her shoot for B.L.T Magazine to be released in September.

She looks absolutely pretty in that kimono, does she not.

A good thing about having a popular member as your favorite is that you get to find like-minded people of different nationalities and discuss things about her and share photos, which is a time saver.

I have met three or four great people through her fan pages.

Back before my recent trip to Tokyo in May, I had a chance to get handshake tickets and finally have a chance to meet her for approximately 15 or more seconds. That is barely enough time to get out a sentence before you are moved along. Also, those tickets are about $10 USD a pop, so if I were to get some, I would use at least two or three on her and the remainders on some of my other favorite members such as, Kobayashi Yui, Koite Minami, Suzumoto Miyu and even Ozeki Rina (that Ozeki style, though).

Based on current trends, I would be ever so lucky to get a ticket or tickets for her lane. I would have more chances going to the others combined. At their latest handshake event, she sold out in the 3rd round, which is pretty darn ridiculous compared to the others I mentioned.

Even then, what do you say to her?

Anyways, I will continue to support her throughout her time here in Keyaki and will be looking forward to more material that she may present through social media sources.

I will be so happy if she finally gets to center a single. I would buy like a million, not literally, copies of that single.

I hope you enjoyed this article and feel free to share this around.

What a dork and how adorable!!!


*And as always, Have A Wonderful Day No Matter Where You Are!!!