This article is dedicated to one of my all-time favorite Japanese Pop groups... As you saw by the titled, the group is Desu. Rabbits or the artist formerly known as Death Rabbits.

If you do not know this group by now, then you either must be living under a rock or you may not care to hear their music. Either way, you still should know about them regardless.

I will provide all you readers with an introduction to the group and include their various forms of SNS they use. Later on in the article, I will showcase some of my favorite music videos of theirs. Also including in this article is how my fandom came to fruition and what this group means to me as well. So please read all the way to the bottom!

The group Desu Rabbits are under the label G-Records Japan.

The group was formed in 2013 with members Emi, Yuzu, Karin and last but not least Bucho.

Up to this point, the group has released 10 singles and 2 albums. For being around for six years, that is a really good track record.

They debuted in November 13, 2013 with the single "Idol Star Wars."  Over the course of time you might make a move in an industry you wouldn't consider. That is what happened with their 3rd single when they released it with ramen. They really did that and of course it sold well... you can still buy those on their official shop page.

Their first album was released in September 2014 "First Usagi War" . They worked with the master Marty Friedman (whom has helped bring up other Japanese artists.

As the members got older, they had to change up the concept of the group. More recently in 2019, the group took a different path by showcasing that they went from a girl to an adult.

This recent shift has been a game changer for a lot of people. As I have seen, via YouTube comments and such, people are just now finding out about this group. That, in of itself, is a good sign for the group. 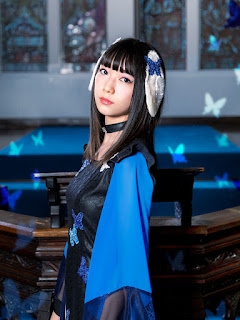 Emi is a incredible vocalist, as will be showcased later. She has very good English skills as well. Keep your eye on her in the future! 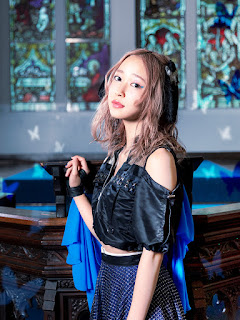 Yuzu is undeniably a Jill of all trades. She can sing. She can dance. She is an all around show stopper. Yuzu had her first center position on the double A-side song, "Demo, nigen na"  on their 9th single. 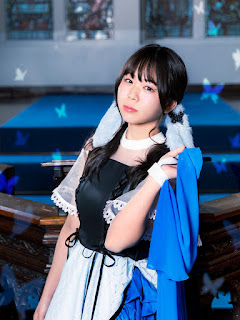 Karin is something else. She is another all around member. She is known as the mood maker and it shows in their SNS videos. Also, who can resist her cuteness! 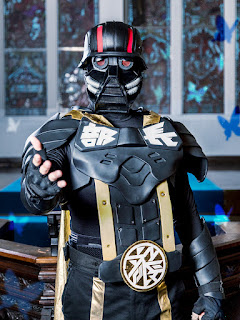 Bucho is a very recognizable person in the industry. His outfit are what makes him really stand out but in the group, he performs screamo and even is a DJ. I enjoy Bucho because he has not changed his gimmick. His mask and outfit has over the years but he still can scream like none other.

As I mentioned earlier, they have released 10 singles and 2 albums.

In the album collage the order is left to right, top to bottom 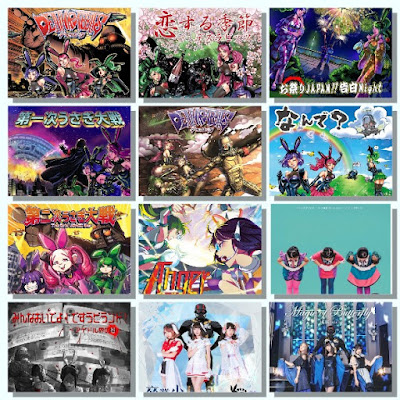 One thing I like about the albums are the covers and the way they progressed from cartoon covers up to group photos. The new ones give more depth on who you are listening to compared to just guessing on them.

There is one specific song that is not in music video form that is quite an interesting one. The song is Usagi Stream and it is more of a comical skit than a song to be honest. Basically, a man is imitating the group and telling a very funny story. He uses girl voices and a angry voice for Bucho. It makes me laugh every time I hear it.

You can purchase those albums from your favorite J-pop store and even stream their msuic on Spotify and Apple Music.

In this section, I will showcase my favorite music videos from the group and explain the reasons why....

This video is from their their first album Daiichiji usagi taisen. The song title is the same as the album title. This was the first video I saw from them that made me a fan. At the time of the release the girls were 12 and 13 respectively. The way the song starts out with the English vocals of Emi are what makes it stand out to begin with. Look how adorable the girls! How can these girls do this music? I enjoy this song regardless of what time of day it is. I still can remember most of the lyrics.

The second music video I want to share is Nande?. This video is something else, I tell you what. It has closed captioning in English by the way.

I find the video very comical. The story of Bucho and his office romance are funny. The song is really good as well. You may not like the song, but Nande? The members have grown a little since the first video I showed. The outfits are cute and the bunny ears changed in form as well.

The next one I want to introduce is Anger. This song is when they changed from Death Rabbits to Desu Rabbits. Please enjoy the video.

The video once again is a little comical but the song is really good. I really enjoy the bridge section as it is jazzy and not a rock song in the other parts. With the members being color coded, it really helps to tell them apart. The outfits are really nice and Bucho has a new mask!

The next one is from their 9th single. This video is a little different from the others as it shows a different side to them.

I thoroughly enjoy this music video and song. I like the hip-hop mixed with the rock. The members are showing a serious side to them and that is what I like about this video as well. You have a two person band and a new outfit for Bucho as he shows his DJ skills. The choreography is outstanding and shows off their dance skills. I literally turn this song all the way up on the way to work because it gets my blood flowing. Also, that new logo they have is fantastic.

Last but not least is their latest music video Magic of Butterfly. This song is from their 10th single and is the title track.

In recent times, this song has been my anthem. I truly and utterly love this song so much. It shows off their vocals yet again and gives off a pure image. The chapel scenes are amazing as well with the black and blue outfits that are simply gorgeous. The song gives me the absolute chills and goosebumps, especially at the 3:45 mark when the butterflies come out. I keep this song on repeat.

How did I become a fan of such a talented yet underrated look? Plain and simple. YouTube. YouTube has been my best friend for years and this one is no different. During the great Kawaii Death Pop War of 2014, I was a big BABYMETAL fan. When I mean big, that was no understatement. While watching countless videos of them, I got suggested by YouTube for the Death Rabbits and watched the first video I mentioned.

I fell in love with the group at that point due to the gimmick of Bucho and because the members were adorable. I realize that sounds creepy since they were so young but I enjoyed their music regardless of age.

After keeping tabs on them for a little bit, my Japanese pop fandom wavered and I lost touch with them. Just recently, I was on Showroom-Live and noticed Emi on there so I stuck around to watch and it made me reminisce about the group and the songs. I had no idea they changed names but I watched their music videos again right before Magic of Butterfly was released. When that video came out, I was back into my fandom.

I had not written about them before and that disappointed me. I was such a big fan back then that I had the chance to but I didn't do it. I apologize to them for not doing so.

Went I traveled to Japan a couple of years ago, I had the opportunity to see them live but as it happens so, I didn't go regretfully. On my next trip in December, I will make plans to see them perform live to cross that off my list and show my support for them.

Desu.Rabbits will remain one of my top groups for the future. As the members get older, I become more and more of a fan. This group is so underrated that they were in Akihabara and other locations around Tokyo performing and people rarely stopped and recognized them. I for one, would be so happy to run into them. This group is so gosh darn talented and they continue to release quality content that showcases their abilities.

Please don't continue to ignore this group. Whether you are a domestic fan or a foreign fan like myself, pay attention because they still have a long way to go.

If the members happen to read this article, I really hoped you enjoyed this article. You girls mean a lot to me and will always continue to be in the future. You are all great singers and dancers and as you continue to grow, I hope and pray for future success. I will be cheering you on from here in Oklahoma USA and even in Tokyo.

*As always, Have a Wonderful Day No Matter Where You Are.