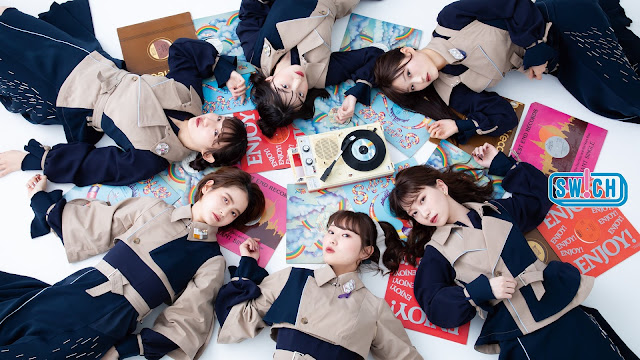 Have you ever made a career choice that you decided was not right for you?

Do you wonder what your life would be like if you stayed in your company but changed departments?

If you answered yes to either of those questions, you may be standing at a crossroads in your professional life.

Not only may we have those thoughts from time to time, we are not alone when we think about it.

To be honest, you have something in common with the group I will introduce you to, SW!CH...

It has been almost a year since I last updated this article (September 2020 - August 2021). I apologize for the delay in activity. If you remember the original version, it had a lot to take in.

Now, there is even more to explore!

The name behind the group is quite simple. All the members of the group have at one time or another been in the entertainment industry. At the crossroads of their entertainment future, they decided to come together as idols.

They debuted on December 6th, 2018 under the label DIW Products Group and their parent company, the diskunion company.

The music is composed by the famed "Sugaya Bros." who have also produced a wide variety of songs for a lot of very recognizable mainstream Japanese artists.

The group currently consists of five members. One of the members recently graduated from the group.

They have released three digital and two physical singles as of this update in August 2021.

As I mentioned, there are currently six members on the roster, but since the seventh is on hiatus, I will still proudly place her in the current members.

A fun thing (for me at least), is that the members have their own colors. I love color coded idol groups!

I will insert their SNS accounts where you can follow them and become fans as well. They use a variety platforms to interact, so make sure to keep track there. 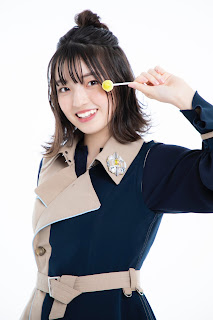 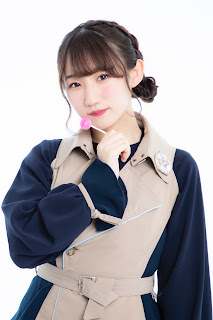 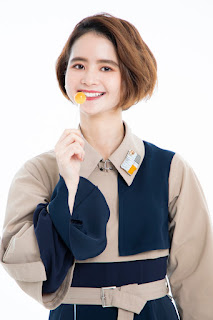 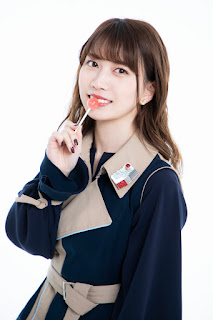 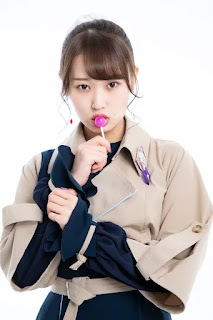 Discography Information
As I mentioned previously, they have released three digital singles and one physical single (4 types). I will link the sites where I personally listen to them, and also where you can stream their music and purchase it, if you so choose.
Their newest single, Lovegona, topped the Oricon charts for a good time. I still continue to celebrate that accomplisment. 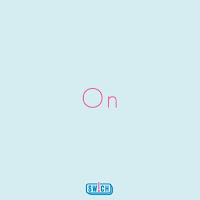 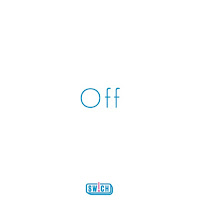 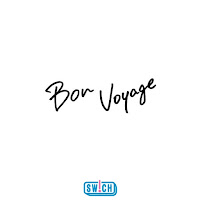 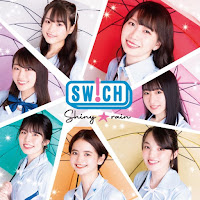 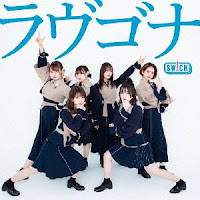 2nd Physical Single - Lovegona (ラヴゴナ) - Released June 23rd, 2021
You can stream their music on a lot of places but the ones I choose are:
Spotify
Apple Music
If you want to purchase their albums, you can do so at one of these places:
CDJapan
Tower Records Japan
HMV Japan
Music Video Information
In this section, I will showcase some of my favorite music videos of the group and do a brief review.
The first video I am going to present is from their first digital single "On" and the song, "Super Sunshine". This music video was filmed while all the members were stuck at home during the coronavirus pandemic. It is an older song of theirs but the video is more recent.
I really like the music video itself. During the coronavirus pandemic, most groups decided to do "at-home" music videos for some of their songs. This particular video showcases the cuteness of the members both in terms of style and their all around characters. They all look so cute in their causal clothes that it makes you feel like you are there with them. Personally, I absolutely love this song as well. It is super catchy and you can't help but to jam along with it. It will get stuck in your head for sure. If you know some of the fan chants then you are set when you are listening to it. I like the rock vibes to it and their voices blend really well with it.
The next video I want to showcase is from their third digital single "Bon Voyage" and the song is the title track of the same name.
Get your light sticks ready for this song! The reasoning behind that statement is for the choreography. It is simple and easy to follow along that it can be done inside a live venue. The music video is really scenic and truth be told, I wish I could go there and see the sea from the beach. It must have been hard to dance on the sand. The song to me is just fine. It is not one of my top favorites but it has replay-ability. I really enjoy the bridge before the final chorus as it gives me goosebumps due to the slower pace. The outfits are really cute and give off a summer dress vibe that combines both the colors of the sky or sea and the clouds or the beach... the choice is yours.
This song I want to showcase is their title track "Shiny Rain"  from their first physical single with the same title.
First and foremost, the thing I want to say is the cinematography of this video is pretty top notch. Just the different zooms and movement of the camera may make it a little uneasy to watch but it was perfectly fine by me. The second thing I want to mention are the members. They have grown since a lot as a group and it really shines through. The members look real pretty in the video. You can also see their color codes not only in the video but via the subtle hints on the sleeves of their outfits and also on the umbrellas. Speaking of the outfits, they are really good and much better, in my opinion, than Bon Voyage. Each member has slight variations that make the outfit pop more. The song is really good to listen to. It has the upbeat tempo that I like the most from idols in general and after translating the lyrics, it is an uplifting song. I could listen to this song for hours or even on the drive home from a long day at work. I keep catching myself humming this song from time to time because I enjoy it so much.
The final video I want to share (as of August 2021) is the groups latest track, Lovegona (ラヴゴナ).
This is the first time I have talked about my reaction to this song and video. I have watched and listened to this song countless times since it was released. It was also filmed at the members discretion. They went with a very nice disco pop melody that is really nice to listen to. It puts you in a good mood immediately with the instrumentals. You also can get what the song is about when they sing "Want you, Need you, Love you". It's a very catchy song that sometimes you will catch yourself singing when you least expect it. The choreography is really cute and it mixes well with the overall tones. I always do the homerun part for some reason. As for the video, It is very aesthetically pleasing. From the close-up shots of the members to the overall group dance shot, it pops. Speaking of the members, don't they all look so pretty? Each of their outfits matches them. They are pretty? sexy? cute? All three? Also, the stage outfits are really nice as well. In between Shiny Rain and now, they have grown as a whole and it is very encouraging to see. There is more I want to say about it but it's hard to put into text.
I absolutely love the whole thing from start to finish.

Overall Review
Doing my research on this group led me to the conclusion that this is one of very few English articles about this group. To be honest, I was really shocked because they are a really good group but maybe they don't have such a large fan base that is foreign. I could be wrong though.
I found out about this group when I went to Tokyo in December 2019. I had landed the previous night and was planning on seeing another group at the concert that they would be performing at. Before that night, truth be told, I had no idea who the group was but I kept an open mind.
They blew me away with their setlist.
As they were performing "Super Sunshine", I decided to pick a first impression oshi. I knew nothing of the members but I became curious of one and decided to choose her. That member is Asami (sorry other members of SW!CH). For some reason, that God only knows, I was drawn to her. She was cute, she could dance and sing well but just something clicked in me. I think they performed Bon Voyage, SW!CH, Change My Life and Bright Colors as well. My memory may be a little hazy but I am pretty certain.
Anyways, after the concert, I headed to the merchandise table per usual just to get the chance to meet my new favorite member. I got a cheki with signature as you would do if you were in mine and others shoes. It was a very interesting conversation with broken Japanese and English. Overall, it was really fun and I walked away so happy with that experience.
That night led me to listen to their digital singles and get a feel for the group and I really liked them from that point forward.  At this point, I love all the members!
This group has a lot of potential in the idol industry and they have a strong domestic fan base which is a good key to success. They are really talented when it comes to singing and dancing meanwhile their personalities are all unique. I honestly hope you check them out!
To the members of SW!CH
It had been a while since I updated this article. I apologize for that. You all are accomplishing a lot of things and it is very nice to see you all grow, not only personally, but also as a group. Always keep up the hard work, even in these uncertain times.
Thank you for everything. You girls are really talented and deserve more recognition for your hard work. When you go on stage, you are constantly smiling which makes everyone else smile as well. Thank you for the constant energy, smiles and laughter that you continue to give us day after day. I will never forget the night I first saw you perform at Yamaha Ginza. It turned me into a life long fan. Someday, I really hope to see all six of you perform on stage again, in person. In the meantime, always keep smiling and be yourselves! Best Wishes and Much Love from Oklahoma USA.
Official Group Links
Official Website
Official Twitter
Official YouTube
Official Showroom
Official Store (Chekis)
Official Store (Clothing and Other Goods)
Official Fanicon
If you liked this article, feel free to leave a comment. Also, you can follow me on Twitter, I don't mind.
*As always, wherever you are and no matter your situation, have a great day!