There are a lot of things about idols that I like.

Their personalities. The fact that sometimes they don't give a darn or can be super hyper about anything.

Their cuteness and beauty. It is hard to distract yourself from that sometimes.

They are also hard working. They put in hours upon hours of practice as well as performing for all of us fans to enjoy and receive our love in return.

Other times, maybe being an idol isn't a full time job. They may work at normal office jobs or attend school side by side with a fan or two. Who really knows? (They probably do...)

This group is all of these in a nutshell.

So today, I wanted to discuss a dark horse idol group that I have been a fan of for about six or so months.

That group is Priamo (プリアモ). Will you go on this journey with me and maybe discover a new favorite? 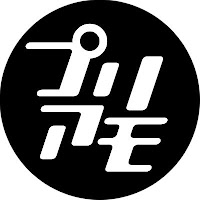 Priamo, often stylized as プリアモ, debuted on September 29th, 2019. They are under the affiliation SYL Entertainment. SYL also has some other popular idol groups under their label.
The groups slogan is "Sweet and sour feelings like first love to you".
They originally debuted with four members. That number slowly grew to five in December 2019. In Spring 2020, the original four members left the group and four new members joined.
They successfully created the Priamo you see today on May 30th, 2020.
On December 19th, 2021 members Hayami Rikako (速水りかこ), Mochizuki Menma (望月 めんま), Hinata Ena (日向 えな), and Fujisaki Nanoha (藤咲 なのは) graduated from the group. The only member left is Tenman Nonoka (天満ののか).
There looks like some new members will join Nonoka-chan to create a new Priamo but for now, we have to be patient.
The group has also released one album and one single since their formation. I am hoping for some more in the future but beggars can't be choosers.
Since we have a brief background about the group's history, shall we get to know the members?
Member Information
You know what I am going to say. They are color coded!
As I mentioned, there is now one member in Priamo.
I will link their SNS for you to follow them. Some of the members still have their own Showrooms for you to partake in when you have the time. 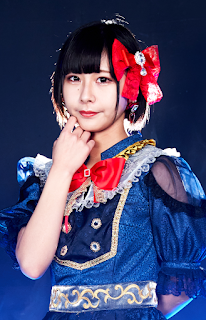 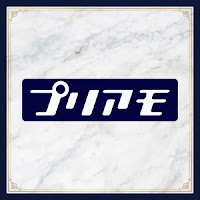 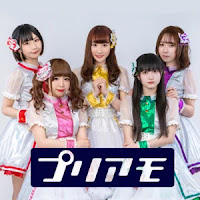 1st Digital Single - Shooting Star - Released September 19th, 2020
You can listen to their music on the subscription service that you currently use (Spotify, Apple Music). I will link the group's discography profile for both of those services. I was honestly really happy to be able to listen to their music. They have a lot of good tracks to listen to.
Spotify (US)
Apple Music (US)

For this section, I would like to showcase some of my favorite songs of theirs. The one lone music video on their official YouTube features the original members.

Truth be told, I was conflicted in whether to show the only music video of the group. It was decided to do so because they were the foundation of what would become.

I'm not going to do a deep dive into this song and music video like I usually do.

Do you like vanilla, chocolate, strawberry, cookies & cream shakes? If not, what is wrong with you? I'm just playing. So, with that introduction let me introduce you to one of the most underrated idol groups that I have been fond of recently. The groups name is MilkShake Nagasaki and as in the name of the group, they are named after the ice cream dessert. But in Nagasaki, unlike here in the states, is not in a drink form. It is in more of a sorbet format. According to online sources, it has a vanilla and citrus flavor to it, which sounds incredible. Truth be told, before writing this, I actually went out and purchased one to eat while writing. Group / Member Information Group Debut : July 2013 The group originally had six members. The lineup featured Miyu Nishiyama, Runa Itoh, Mai Murakami, Maria Nakagawa, Yuuna Kawai, and Kei Yokozawa. In May 2014, Miyu Nishiyama graduated from the group. After Miyus' graduatation, MilkShake Nagasaki added fiv
Read more