Don't Stare Into The Sunmyu (さんみゅ～), You Might Go Blind - Idol Spotlight!!! 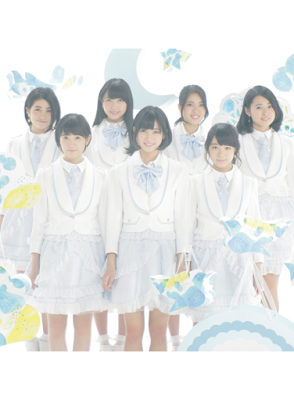 My spotlight is shining bright on the group created by the agency Sun Music Group and the label Pony Canyon in July of 2012. At its creation, Sunmyu consisted of 10 members among 1000 applicants, but now currently consists of eight members.

The group was formerly know as Sun-μ (β),

Their catchphrase is "Bright, energetic and refreshing! Pure idols of the 21st century!"

I agree with their catchphrase a lot as they perform cover and original songs inspired by 1980s idols.

These girls have some serious talent and I expect them to be around for a while.

The first two singles were indie titles when they were known as Sun-μ (β). 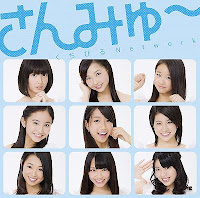 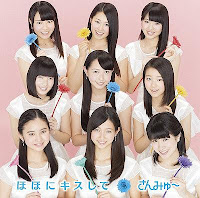 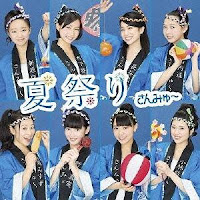 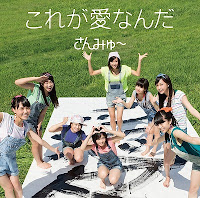 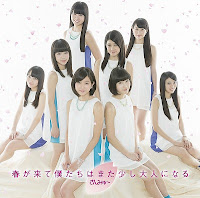 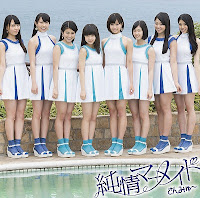 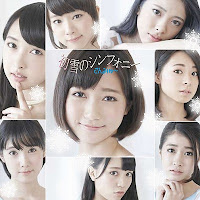 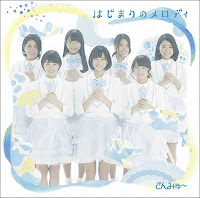 The group has also released one spectacular album, as I mention my review below. 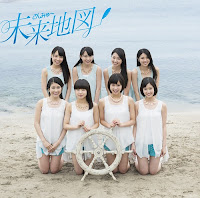 As I mentioned, Sunmyu had 10 members but Goto Tsubasa Jenni withdrew from the group in September 2012 and Nakayama Masae resigned in April 2013.

The current roster is: 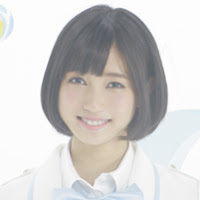 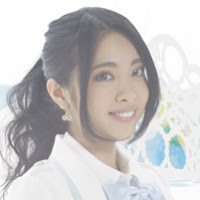 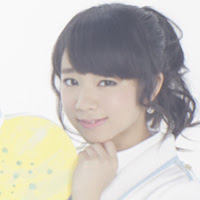 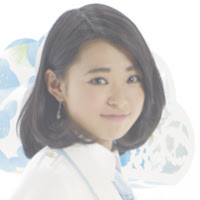 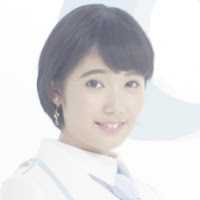 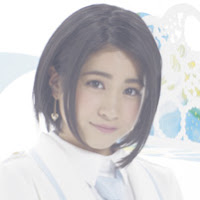 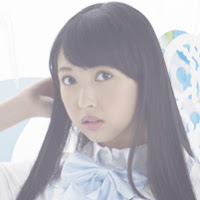 
Nishizono Misuzu is the leader of the group and Kinoshita Ayana is also an actress and model.

How I Came Across Sunmyu

I came across Sunmyu from researching other groups and watching their videos on YouTube when in suggested videos this group came up and I clicked on the video and I was shocked about how good they were.

Now don't get me wrong, I was hoping they weren't terrible and I was right.

After watching a couple of their videos, I looked for their singles and albums on CDJapan, where I get most of my stuff, and I saw they released the full length album in August and I bookmarked it and tried to decide if I wanted it.

After waiting about a week or two, I went ahead and purchased the limited edition 2 CD set which came with a mini-photo book. I waited four days for it to arrive and when it did I put it in and enjoyed it.

When I unboxed it, I automatically went right for the photo book and inside were a bunch of photos of each member and one as a group. But what surprised me was that I didn't know it came with a member photo and when I saw who it was, I was happy. It was Yamauchi Haruka, which so happens to be my favorite member. Score For Me!

The album sounded fantastic as it has a sort of beach music, relaxing theme to it. If you were going on a long road trip for two to three hours, it would be perfect.

I have multiple favorite songs on the album and I hope you purchase it for yourself to listen to.

They did not release a music video at all when they were under their former name.

So under that circumstance, as the group changed their name to Sunmyu, their debut single brought forth two music videos, Kuchibiru Network and Secret Blue Memories. These are both flashbacks for all Sunmyu fans because they look so young.

Next up is from their second single, Hoho ni Kiss Shite. I absolutely love this song and music video. It became my number one song when I saw it researching this group and it has not wavered by any means.


For their third single, Natsu Matsuri, they released that title track music video but YouTube only has the one chorus version. I will put that video in and give you the link for the full version. This track is a cover of Whiteberry. By all means, this one is way better.

For their fourth single video, Kore ga Ai Nanda, they bring out the soft side to themselves by floating around in boats on a picturesque lake. It looks absolutely beautiful wherever they are.

The fifth single brought us two music videos. The video for Haru Ga Kite Bokutachi wa Mata
Sukoshi Otona ni Naru and also Bokura No Renaissance. Both videos showcase their talents as artists and the songs are little on the slow side but they are still enjoyable.

Their sixth singles music video, Junjyo Mermaid brought me the most awkward funniness of any off their videos. Below the video I will tell you why.

The reason why I say it is a bit funny is that she liked her and wanted to tell her how she felt. She says, "Let's go over here where I can get you alone." As they sit there she thinks, "I have my chance to tell her how I feel!" -Strange hand touch ensues- At that moment the other girl goes, "Really?" and then the other friends show up. FRIENDZONED!!! Man, that's cold.

The seventh single by the group brought us two music videos as well; Hatsuyuki no Symphony and Koi Ha Panorama.

The first video has the wintery Christmas feel to it as it was released in late November. Going out shopping to buy presents for their significant other and then giving the gifts to them. I'll accept them all! As for Koi Ha Panorama, the video is really adorable. Filming it in a school room and then adding behind the scenes footage makes it really fun to watch and listen. The song is great and it is more uptempo than some of their previous b-sides.

Their latest single brought us the video for Hajimari no Melody. This video showcases their purity and also their voices. That rock tone to the song plus the choreography make it a great tune. Their prettiness level is at a 12 out of 10. Just saying.

As you can see, they released two music videos for their first, fifth and seventh singles. The next single would obviously be number nine, so I hope there would be two releases.

I am so excited to see a new release from this group soon. It has been about four months since their last release, so I may have to wait patiently.

This group shows no signs of stopping anytime soon and if they do, I would be devastated.

Can we get them to come to the states soon, because I would be there in a heartbeat.

I honestly hope you listen to this group and become a big fan of theirs like I am and others around the world.